Hollybank Farm opens its gates to the farming community.

A very successful open day was delivered by AHV UK & IE, hosted on David Cargill's farm "Hollybank Farm" in Co Antrim. Pedigree Holstein Dairy farmer David shared his learnings on how they have embraced technology on their farm with the spotlight of the day shining on AHV, smaXtec UK, JFC, NMR and Lely Center Eglish. 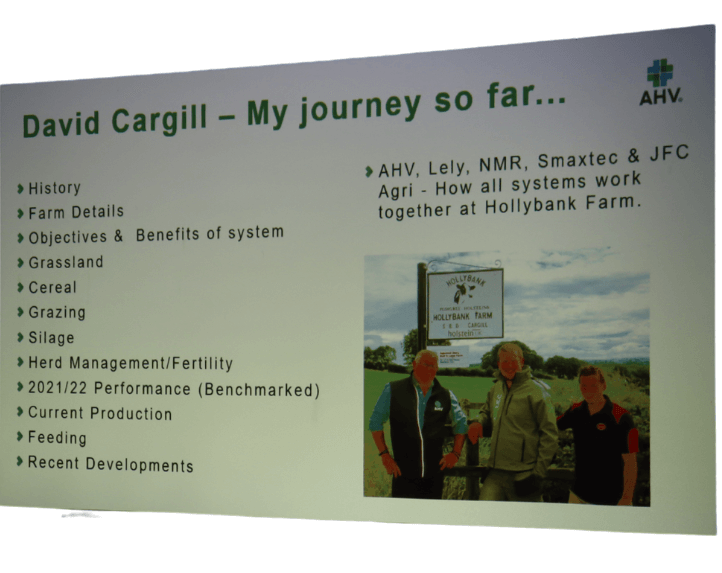 Hollybank herd comprises 150 cows.
►130 of which will be going through the Dairymaster milking parlour at any one time.
►The cows are currently averaging 11,200L at 4.1% butterfat and 3.1% protein.
►The herd cell count average over the past 12 months has been 130.
►The cows are milked three times per day
►There have only been 3 cases of mastitis this year. 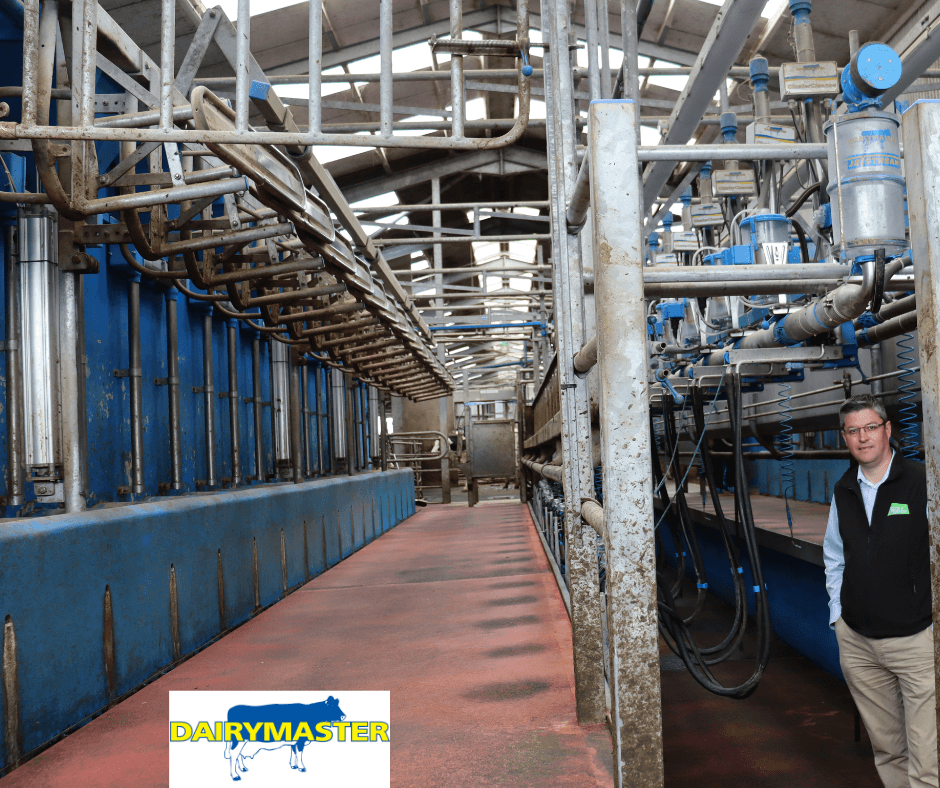 David explains that he wasn't one to put pen to paper but when he really started calculating stuff out,

"that's why you see the way our farm is today; because we made those decisions on the future and relatively quick payback times on equipment and stuff." 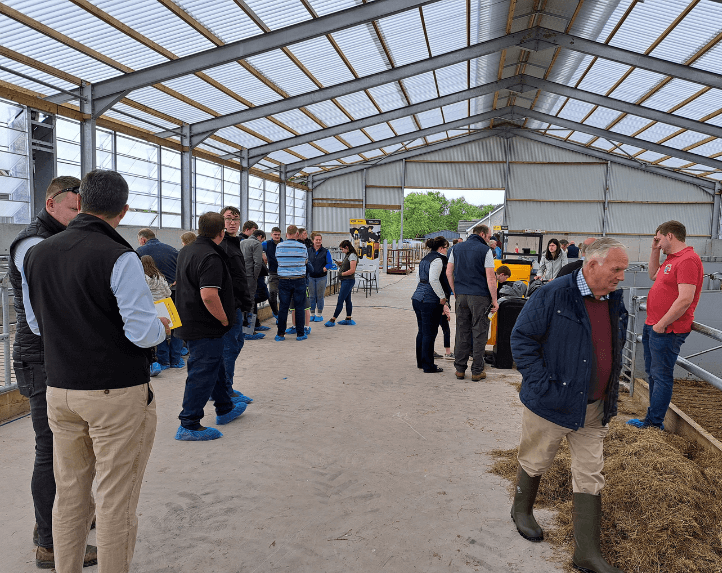 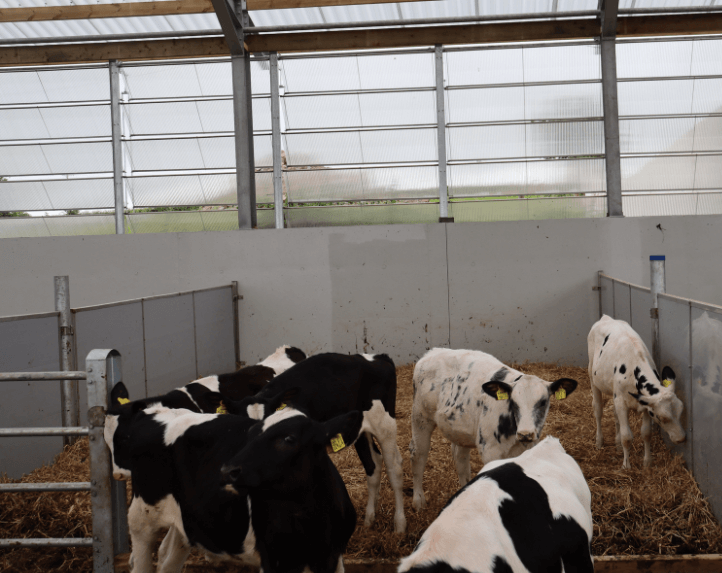 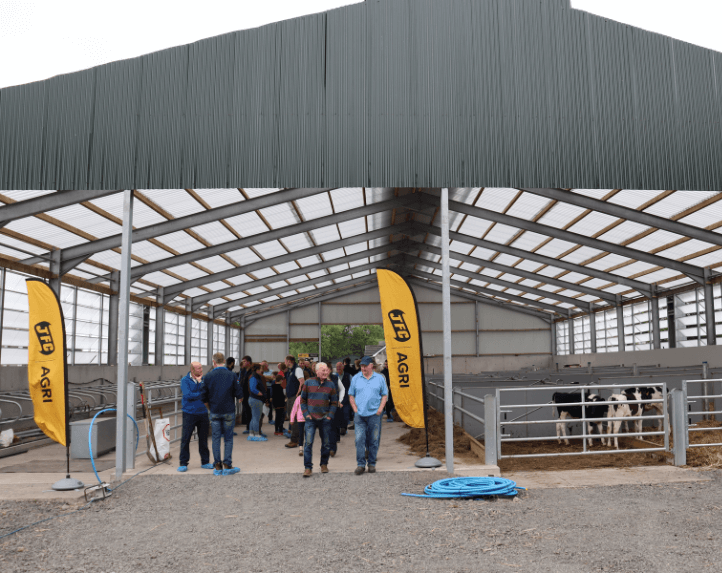 Asling Downing who is the smaXtec representative for Northern Ireland explained that the smaXtec bolus monitors the inner body temperature, rumination, and activity levels of a cow and correlates it visually to each cow so it means that it has that higher degree of accuracy because every cow in a herd is going to have a different formal inner body temp, a different activity level and a different rumination level.  Therefore because it is correlating, the signal that you get is going to be more accurate. 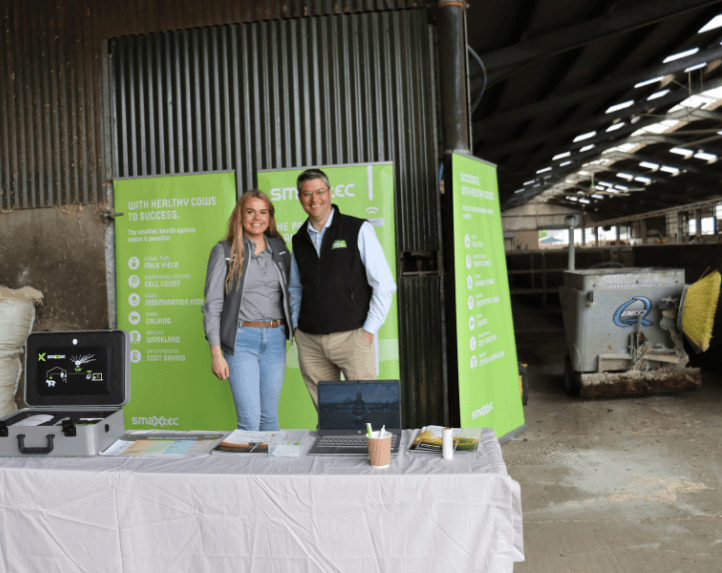 What if my cows are out to grass?

The smaXtec bolus holds 6 days of data so if you are milking and putting cows out to grass as soon as your cow comes back into contact with the base station in the cubicle house all that information is going to be gathered up and any alerts given will be as per the real-time they were detected.

Mastitis cases will be picked up about 4 days before you see any clinical signs and basically reduces the amount of antibiotics you need to use. Hollybank Farm has had only 3 cases of mastitis this year that required antibiotics and one of the systems that really enabled them to do this is the smaXtec bolus system. 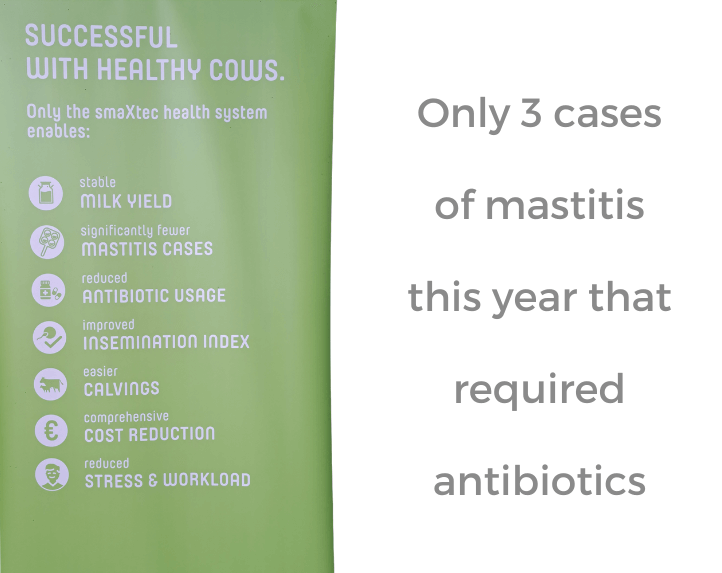 David explained that because of the early detection of the cow having some sort of temperature, this alerts them that there is some sort of infection, whether it is mastitis, pneumonia, matrices or lameness.  When this happens they carry out a California Milk Test at the next milking which will identify if there is an infection in the udder. This means if there is that they can step in straight away and address it with AHV. 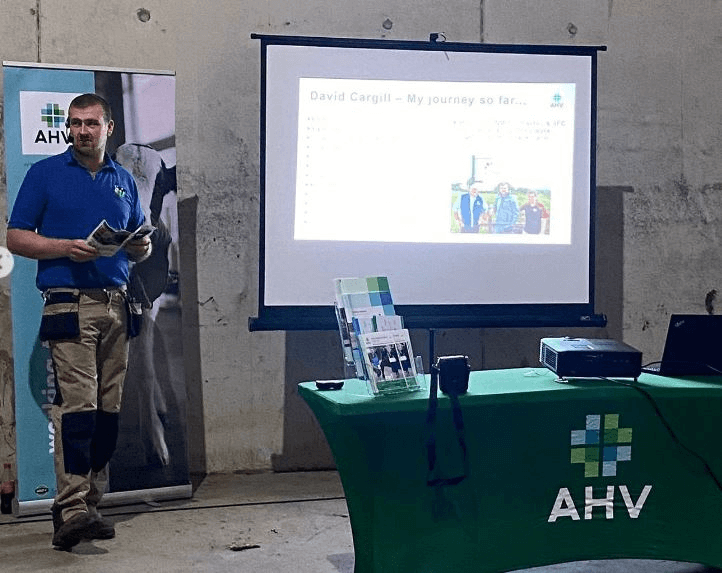 David explains that if the treatment cost £45 in comparison to running the numbers without early detection, for example:

A 35-litre cow at £16 per day milk production x 3 days means the treatment cost is covered. If you had to remove the milk from the tank for 7 days this would cost £110 plus treatment and possibly a vet callout.

David cits that it's wee savings like this, through technology that has benefited Hollybank Farm. 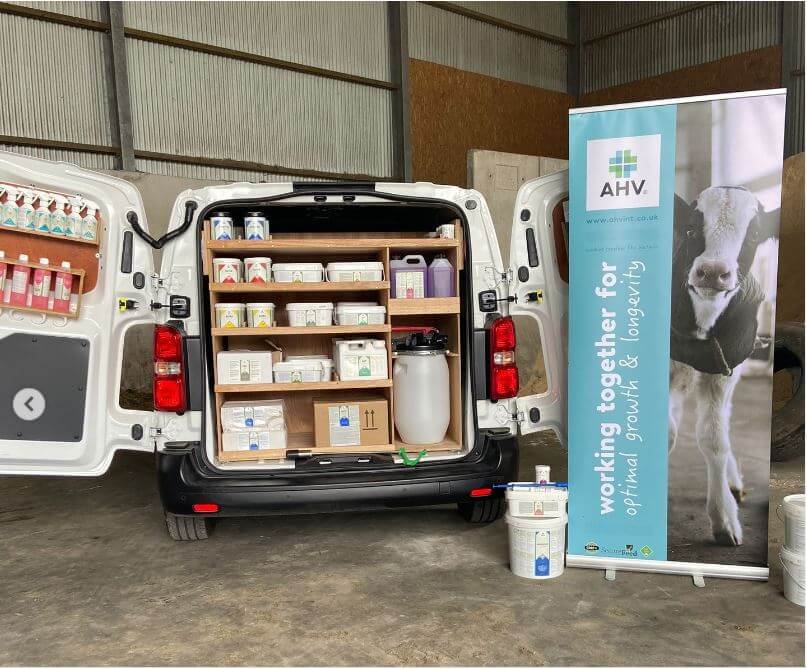 AHV’s territory manager for Northern Ireland, Paul Marrs, outlined the health protocols that have been put in place for the Hollybank herd, all of which have been driven by the milk recording data available on each individual cow. AHV has been associated with Hollybank Farm since 2018 and speaking of David's approach to farming stated

"David measures a lot of things that happen on farm and understands the importance of data. If you don't have any data you are really driving up the road in the dark with no headlights; just hoping for the best and maybe preparing for the worse".

The smaXtec system integrates with other cloud-based farm management software like Uniform which Hollybank Farm uses. NMR provided an introduction to milk recording and Herd Companion, with the key takeaway messages of: 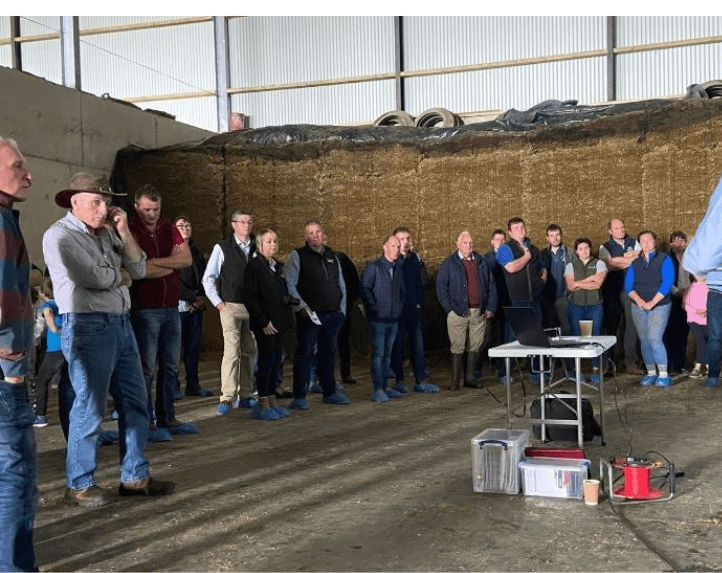 ►There is a return to be had from recording

Collectively the technology adopted on Hollybank Farm provides data to enable AHV to support Hollybank Farm to achieve optimal animal health.  AHV's mission is to get a wee bit more longevity into cows and extend the time they're on the farm, as this is where they become more profitable. AHV is putting the power back to the farmer to give them support and empower the farmer to make decisions to be more proactive rather than reactive.

The Lely Vector feeding system was demonstrated by Lely Centre Eglish, which is in use at Hollybank Farm offering the cows 16 freshly prepared rations on a daily basis. 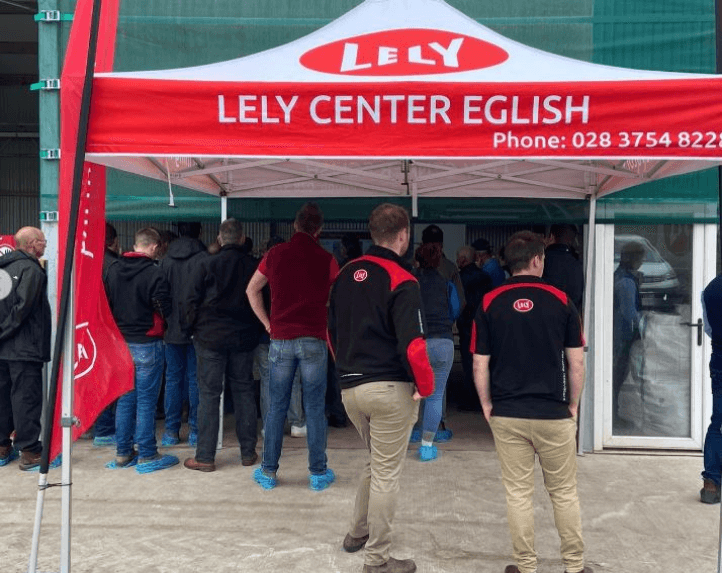 Hollybank Farm's focus is clearly on more sustainable farming for the future leading to a more profitable and healthier herd with significantly less antibiotic use!