How a KEENAN System can make a difference to your farm? 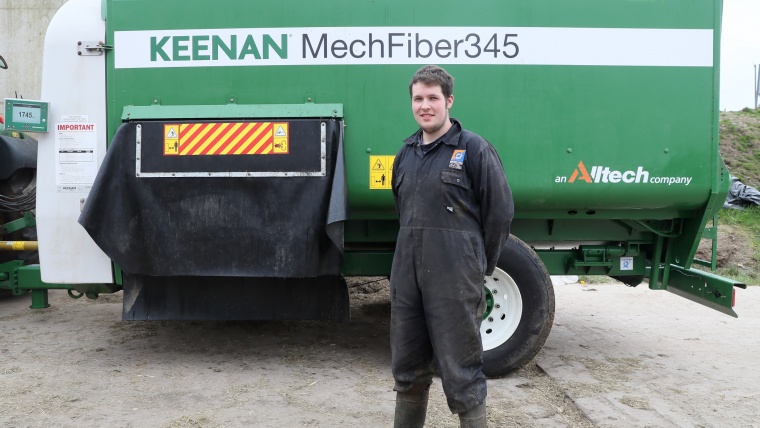 How a KEENAN System can make a difference to your Farm?

Farming outside Augher, Co. Tyrone, Richard Watt works alongside his father Colm and farms a herd of 120 Holstein cows. They operate a year-round calving system and the herd are milked through two milking robots.

The Watts had been feeding their herd with a 14 m3 vertical auger machine for several years. After a consultation with the KEENAN area business manager for Northern Ireland, Gareth Mc Allister, the Watts decided to change to a KEENAN MechFiber345 with InTouch feed management technology. From speaking with Gareth, they identified three key areas of the business they wanted to improve, and where the KEENAN system would make a difference:

•    Milk production had increased by three litres/cow/day on the same feed.
•    Feed out and ration consistency is now even along the entire feed fence.
•    Improved dry cow diet has resulted in an improved transition period.
•    The InTouch feed management technology has allowed for improved batch size control and management to ensure no over/under-feeding when group sizes change.

What the farmer has to say!
"We have been very pleased with the results achieved since we purchased the machine. The quality and consistency of the mix, coupled with the ration control the InTouch system has given us, have been invaluable. We have seen a lift in milk production of three litres/cow/day since we started using the KEENAN machine, on the same rations. We put this down to the quality and consistency of the mix, due to the gentle mixing and tumbling action of the KEENAN machine."  Richard Watt, Augher, Co Tyrone.

Secure your KEENAN consultation with your Farm Compare enquiry here and see how the KEENAN system would make a difference to your farm.